This post was written last week for @mrgabriele (the Supervisor of Learning, Development & Professional Growth for the Garnet Valley School District, as well as Senior adjunct faculty with the University of Pennsylvania’s Penn Literacy Network).

It is also PART 2 of a four part series of posts titled HOW 8TH GRADERS IN VIRGINIA ARE CHANGING THE WORLD (AND EDUCATION).

As part of my preparation, I decided to rewatch @simonsinek amazing, 35 million plus viewed TED talk. In doing so, a couple of quotes stuck out to me.

The first was “people don’t buy what you do they buy why you do it.” He talks about how Apple has positioned themselves nicely following this concept. He tries to illustrate this point with a series of circles. 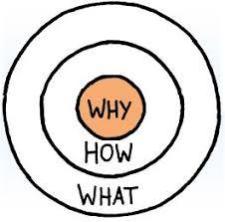 He argues that most companies and most people in general focus on the what first but the why is what separates good from great.

Best-selling author Jim Collins (@level5leaders) puts it this way in his book Good to Great: Why Some Companies Make the Leap,,,And Others Don’t:

“Good is the enemy of great. And that is one of the key reasons why we have so little that becomes great. We don’t have great schools, principally because we have good schools. We don’t have great government, principally because we have good government. Few people attain great lives, in large part because it is just so easy to settle for a good life.”

For me, the why is what guides me. The why is giving students a new perspective and new challenge to gain new understandings of their own backyard and across the world. This “newness” couldn’t be achieved without community support. This happens to be one of the Four Pillars in my district’s student-centered deeper learning model. 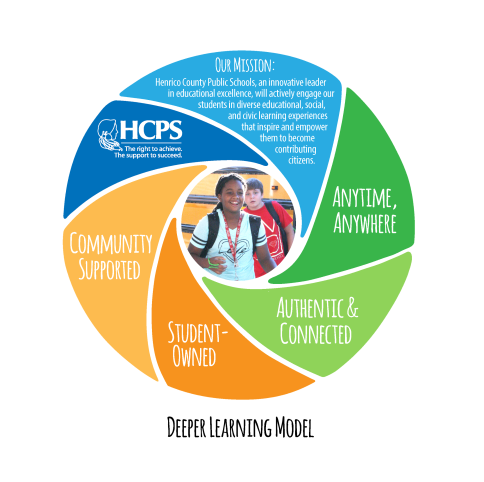 In fact, I’ve actually had to turn people away because our goals as an Innovation Class did not align with certain community members’ goals. You might think that this is a bad move to turn down a community connection, but again I’m reminded of another Simon Sinek quote:

This concept was important for someone like me who’s just getting started with creating my own take on an Innovation class, ultimately trying to create amazing opportunities for students.

What I realized quickly in the process of reaching out is that we can’t be everything to everyone. It’s been a learning curve for me but I’ve also realized that one of the biggest obstacles to creating partnerships is being scared of the “what if” when picking up the literal and figurative phone. When people ask how I was able to secure the community support, I always tell a story of imagining 99 people on a Friday night sitting around talking about what they could do and what they’re going to do. The next morning though, only one person actually picks up that phone and makes it happen.

I felt a little bit cynical towards partnerships because I wasn’t from this area and I didn’t already have connections but little did I know that sending a simple email; making a simple phone call could yield huge results and that’s exactly what happened in the case of VCUarts and the Center for Creative Economy.

Jeff Foster, the associate director of the Center, was our first partner. As I mentioned in my first blog post, I just really wanted to do something different with a class and so I was fortunate enough to be able to have a sit-down with Jeff. Part of Jeff’s job is community outreach so it was only natural for him to jump on board with what we were doing.

He shared a few stories with me about groups that he had worked with in our area but they were high schools, so for him to take a leap towards middle schoolers was a stretch and yet, we joined forces.

Our second partnership was with The Martin Agency, a world-renowned marketing and advertising company in Richmond, VA.

The Chief Marketing Officer just happened to be the a parent of a student in my Innovation class. Not only did he want to support because his daughter was in the class, but recognized that the things we were doing in class were applicable in the “real-world” of marketing and advertising.

Our third partnership was with the Rueger Restaurant Group. I ran into a guy at a wedding who was connected to the group and were interested in what we were trying to do as a class. A few of the groups representatives came to observe our class one day and had to be a part of it all. After a couple meetings, we decided to let the students plan every component of a fundraising dinner at Supper with over 100 guests where students are the entertainment and will be inviting a diverse group of family and community members to discuss why unity is important to them.

Over the first four months of school, we’ve had conversations with an Emmy-Award winning director, Facebook, and collaborated with a kindergarten teacher at a neighboring elementary school Greenwood Elementary. 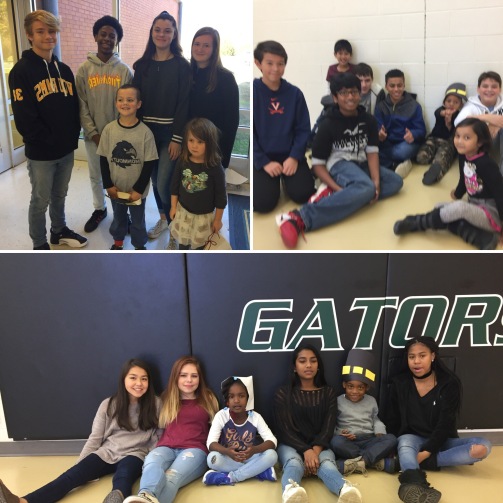 I share with you my stories and insecurities around creating community partnerships for one reason: YOU CAN DO IT TOO!

I’ve had a lot of conversations with people in my building about my Innovation class that have the same “Innovation block” and a lot of them argue that the only reason my kids are so successful is because of the partnerships I’ve created.

My response to them: Find your why.

I’m not trying at all to slight anybody in my building. Hungary Creek Middle School has some of the greatest, most engaging, and exciting teachers and leaders that I’ve ever seen.

My why is driven by the possibility of creating a class where kids love coming to school and they get upset if there’s a snow day. It’s a place where the work they do matters to them and when they finish a project, not only does that stir up something inside of them to create something new but it gives them confidence to do even more next time. It gives them hope. It gives them purpose. It literally and figuratively changes their lives. My why is my why, but could not be possible without the support of the community.

Be sure to check out Part 3 Student Voices: In Their Own Words – How 8th Graders In Virginia Are Changing the World (and Education)… Coming soon!

Middle school educator in Henrico County (just outside of Richmond, VA) - 2018 iNACOL Innovator Award Winner - Host of the AfterEd Podcast, focused on individuals around the world that are challenging the status quo in education - Learning should be fun and experiences should raise the bar and the self-awareness of the individual. Outside of the classroom, my passion and focus is on helping all stakeholders reimagine education take action to bring innovation into and out of our schools in RVA, Henrico, and across the Commonwealth. #ReimagineRVA   View more posts

One thought on “Part 2: How Students in Virginia Are Changing the World (and Education) – How Community Support Drives Classroom Innovation”

This site uses Akismet to reduce spam. Learn how your comment data is processed.